The third edition of the Moengo Visual Arts festival

The third edition of the Moengo Visual arts Festival(in the district of Marowijne) was inaugurated on the 14 th of August with representatives of the French, Dutch and American embassies and Unicef. During the opening ceremony an emphasis was made on the importance of art as an educational tool.

The purpose of the festival is part of the philosophy of its creator, Marcel Pinas, who has been working since many years for the exposure of the maroon culture. He also wants Moengo to become the umbilical spot for multiple talents from all kinds of backgrounds and cultures who are inspiring each other: Making Moengo the Artistic capital of Suriname is one of the objectives of Marcel Pinas and his team.

The "Tembe fu libi" exhibition which means "the art of survival" is the center of this artistic event which clustered artworks of more than 40 artists from Suriname, Germany, Barbados, Belgium, Curacao, the United States, France, Kosovo and the Netherlands as well as the collective work of the schoolchildren with whom the artists worked in anticipation of the event through weekly workshops.

For the first time and with the support of the department of cultural affairs in French Guiana and the French embassy, two French artists were invited to expose their large photograph panels called “Black divinities” onto the walls of the Tembe art studio: an artwork celebrating spiritual minorities in Benin and in Togo.

The participation of France in the Moengo Visual arts Festival is another example of the common willingness to perpetuate a cultural and artistic cooperation between the two countries, especially with French Guiana, which shares a common cultural heritage with Suriname.

The exhibition is open to the public from August 14 to September 21, 2015. Music, theater and dance will properly close this outgrowing festival from 18th to 20th of September; 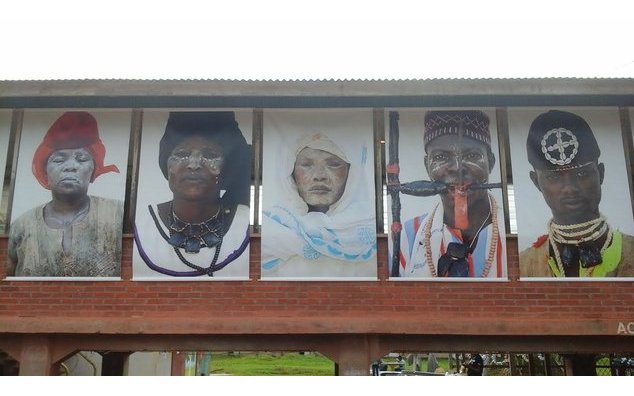 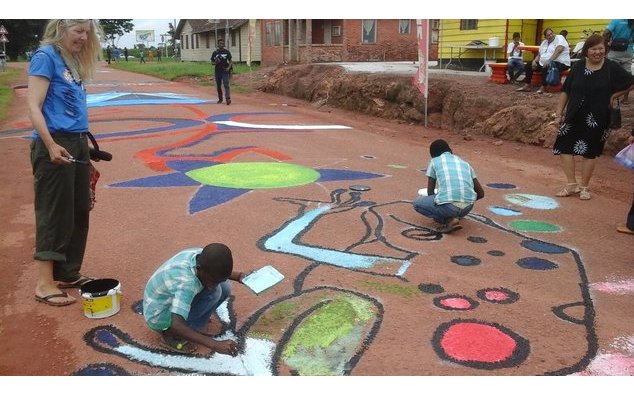 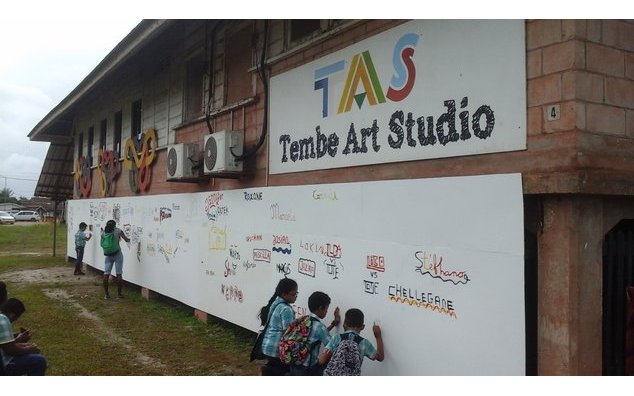